The church of Sant'Eustachio (in French église Saint-Eustache) is a Catholic place of worship located in the 1st arrondissement of Paris, one of the most famous churches in the city. The origins of the church of Sant'Eustachio date back to the early thirteenth century. A chapel consecrated to Sant 'Agnese was the first building built. From 1223, Sant'Agnese became a parish and took the name of Sant'Eustachio. In 1532, it was decided to build a church worthy of the heart of Paris. The first stone of the present building was laid on August 19 by Jean de la Barre, head of the merchants. The work was subsequently entrusted to Boccador, Nicolas Le Mercier and Charles David, son of the latter. Built in a Gothic style in full Renaissance, the church blends a harmonious architectural character where the ancient Greek and Roman columns marry with lines still present in the Middle Ages. The ancient western facade of Sant'Eustachio, whose towers had remained incomplete, was demolished to build two chapels at the request, in 1665, of Colbert. In addition, a new project was designed by Louis Le Vau, for which Colbert was to secure funding. The architect Moreau completed the work. The south tower is still incomplete today. “Il y a bien dans tout cet intérieur une affectation théâtrale, le désir évident de surprendre, et, si ce vaisseau était entièrement recouvert de peintures, si les fenêtres étaient garnies de vitraux légèrement coloriés, l'intérieur de l'église Saint-Eustache aurait toute l'apparence d'un palais de fées, sinon d'une église catholique” 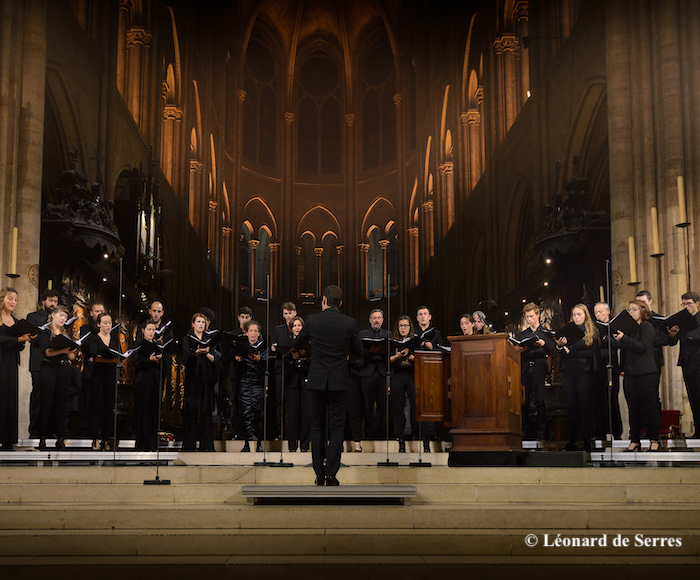